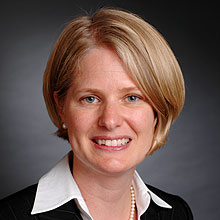 Fewer than half of patients with ovarian cancer who could benefit from intraperitoneal chemotherapy — a technique for delivering chemotherapy directly into the abdomen — actually receive it, according to a new study by Dana-Farber/Brigham and Women’s Cancer Center (DF/BWCC) researchers.

The study explored whether a dual technique — which combines intraperitoneally (IP), and intravenously (IV) chemotherapy — performs as well in clinical practice as it did in a clinical trial for women who had undergone surgery for stage III ovarian cancers.

The researchers found that although the real-world results matched those of the clinical trial, there were wide variations in the use of the dual technique from one institution to another. The findings are reported in the August 3, 2015 issue of the Journal of Clinical Oncology.

The researchers analyzed medical records of 823 women treated for stage III ovarian cancer between 2003 and 2012 who were eligible for combination IP/IV chemotherapy. They found that 81 percent of those treated with the dual approach were alive three years after therapy, compared to 71 percent treated with IV chemotherapy alone. But they also found that only 41 percent of the patients were treated by the dual route.

“This is the first study to show that IP/IV chemotherapy improves survival in the real world, outside of a clinical trial,” says Alexi Wright, MD, MPH, of the Susan F. Smith Center for Women’s Cancers at Dana-Farber Cancer Institute, who is the first author of the paper. Unfortunately, fewer than half of women who qualify for IP/IV chemotherapy received the treatment. This suggests that increasing access to IP/IV chemotherapy may improve ovarian cancer patients’ survival.”

The investigators found that the toxicities, or side effects, associated with the dual technique tended to be less severe than those reported in the clinical trial. Many patients dropped out of the trial because the side effects were intolerably harsh, Wright notes. By contrast, the vast majority of IP/IV patients tracked in the new study were able to complete all six cycles of chemotherapy.

The clinical trial, whose results were reported in 2006, found that ovarian cancer patients who received IP/IV chemotherapy lived an average of 16 months longer than those receiving IV therapy alone. The findings prompted the National Cancer Institute to issue a rare clinical announcement urging the use of the dual procedure in appropriate ovarian cancer patients. In the technique, patients receive the chemotherapy drug paclitaxel through a vein in the arm, and the drugs cisplatin and paclitaxel through a catheter inserted into the abdominal cavity.

The new study uncovered wide discrepancies in the use of IP/IV chemotherapy among the six institutions whose patients were tracked. Use of the technique ranged from just 4 percent of eligible patients at one institution to 68 percent in another.

“Use of the technique may be influenced by clinical practice leaders’ enthusiasm for intraperitoneal delivery,” Wright remarks. “Our findings demonstrate the dual approach is an important and underutilized strategy for improving outcomes in ovarian cancer.”