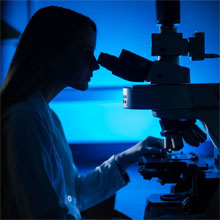 The year 2015 marked a milestone in the treatment of lung cancer, with two new immunotherapy drugs approved for patients with advanced disease, bringing a new approach to this hard-to-treat cancer. Several other immunotherapy agents are also moving forward in clinical trials.

In the past few years, scientists have found ways to disable the molecular checkpoints, or molecular “brakes” such as PD-1 and PD-L1, that enable cancer cells to disguise themselves and fend off attack by immune system forces.New drugs of this type – checkpoint inhibitors – block the interaction between PD-1 and PD-L1, freeing the immune system’s T cells to recognize and attack cancer cells.

The checkpoint blockers first prompted excitement when tried in patients with advanced melanoma, but would they work in lung cancer? In the past, it seemed that the immune system wasn’t very effective at recognizing and attacking lung cancers. But the new drug approvals signal that immunotherapy may have an important role in treating lung cancer, the leading cancer killer.

One of the two newly approved drugs, Opdivo (nivolumab), demonstrated a survival advantage over chemotherapy in patients with squamous or non-squamous non-small cell lung cancer (NSCLC) who were no longer responding to treatment.

Some patients had long-lasting responses to the powerful immunotherapy agents, and researchers are eager to find out if the drugs could hit even harder if given as first-line treatment instead of chemotherapy. Those trials are now underway.

Another checkpoint blocker, atezolizumab, blocks the interaction between PD-1 and PD-L1, and has been designated a “breakthrough therapy” by the Food and Drug Administration (FDA) for NSCLC that tests positive for PD-L1. It is currently in phase 3 trials. Two other drugs that block the PD-1 checkpoint, durvalumab and avelumab, are also being tested in phase 3 clinical trials to see if they offer advantages over the early checkpoint blockers.

Despite the intriguing promise of immunotherapy in lung and other cancers, it’s important – and sobering – to know that so far they work in only about 20 percent of patients. Scientists hope to find ways of improving these response rates. They’re also looking for biomarkers that can identify which patients are most likely to benefit from particular immunotherapies. One such biomarker is the presence of PD-L1 in lung tumors, which increases the odds the checkpoint blockers will work. There’s a long way to go, though, in identifying likely responders to immunotherapy drugs.

“The development of these agents that use a new method of attacking lung cancer cells is a welcome addition to our choice of therapies,” says Bruce Johnson, MD, a thoracic oncologist and chief clinical research officer at Dana-Farber Cancer Institute. “We look forward to the ongoing research which will likely reveal new ways of administering the drugs that will enhance their effectiveness in our patients.”

Learn about other new developments in lung cancer treatment, such as precision medicine, in this video: