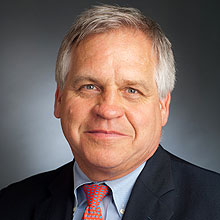 The approvals mark advances in the treatment of several major types of cancer. On October 23, the FDA approved trabectedin (sold as Yondelis®) for the treatment of certain soft-tissue sarcomas. On November 13, the agency approved osimertinib (sold as TagrissoTM) for patients with non-small cell lung cancer (NSCLC) that carries a specific genetic mutation. In rapid succession over the next two weeks came FDA approvals of daratumumab (DarzalexTM), ixazomib (Ninlaro®), and elotuzumab (EmplicitiTM) for patients with multiple myeloma. FDA approval means that patients who meet certain criteria can receive the drugs as part of standard therapy.

The Dana-Farber-led science and testing of these agents covered the full range of drug development – from earliest discovery and phase 1 studies, in which novel agents are tested for the first time in human patients, to large-scale 3 clinical trials, in which the agents' safety and effectiveness are compared to that of standard therapies.

Most of the new drugs are the first of their kind to be approved for these specific types of cancer:

"The FDA approval of these five different agents in three different cancers demonstrates the breadth and depth of the ongoing research at Dana-Farber," said Chief Clinical Research Officer Bruce Johnson, MD. "The work is a testament to the commitment of our staff to meaningful scientific discoveries and to the idea that tomorrow holds even greater promise for our patients and families."

Previous trials led by George Demetri, MD, director of the Center for Sarcoma and Bone Oncology at Dana-Farber, led to the approval of trabectedin as a standard treatment for sarcomas outside the United States. Demetri then directed the phase 3 trial that prompted FDA approval. The study showed that trabectedin was significantly better than an older chemotherapy drug at controlling these cancers.

"FDA approval marks a meaningful event for patients, built upon years of research, offering hope for people living with two of the most common subtypes of this serious disease, where there are limited available alternatives," Demetri said. "We're now exploring the use of precision medicine to identify patients who may have the most durable benefit with this new agent, sometimes lasting for years.

The second new drug, osimertinib, received accelerated approval from the FDA for patients whose NSCLC tumors harbor a "resistance mutation" known as T790M in the epidermal growth factor receptor (EGFR), which causes failure of other EGFR-targeted therapies in this disease. The first molecule to specifically target this resistance mutation was synthesized by a team led by Nathanael Gray, PhD, of Dana-Farber's Chemical Biology Program, in collaboration with Pasi A. Jänne MD, PhD, director of the Institute's Lowe Center for Thoracic Oncology, and Kwok-Kin Wong, MD, PhD, co-scientific director of the Robert and Renée Belfer Center for Applied Cancer Science at Dana-Farber.

Dana-Farber investigators led one of the two clinical studies that tested osimertinib in 411 NSCLC patients with the T790M mutation. Fifty-seven percent of patients in the first study and 61 percent of those in the second experienced complete or partial reduction in tumor size.

"The accelerated approval of osimertinib highlights its clinical promise for a targeted group of patients and gives healthcare providers an important new option," Jänne said.

Ixazomib – one of the trio of new myeloma drugs approved – is the first oral agent of its kind and is used combination with two other drugs to treat patients who have received at least one prior therapy. An international phase 3 trial involving 722 patients with recurrent or drug-resistant myeloma showed that the disease could be controlled longer by adding this new agent to the treatment regimen, with acceptable and expected side effects.

"With the recent approval of daratumumab, ixazomib, and, as of last week, elotuzumab, we have seen an unprecedented pace of progress in myeloma therapy this year," said Paul Richardson MD, clinical program leader and director of clinical research at Dana-Farber's Jerome Lipper Multiple Myeloma Center and the senior clinical investigator in all three of these drug approvals. "The results from these studies emanate from basic science led by Dana-Farber researchers. These are first successfully translated to the clinic and then tested to confirm efficacy as a key part of the approval process, and so reflect the real benefits our patients can anticipate from these advances."