Mike Andrews a Perennial All-Star for the Jimmy Fund 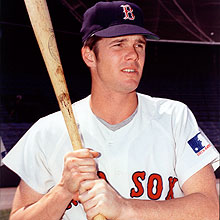 Mike Andrews during his time (1966-70) as a second baseman with the Boston Red Sox.

Mike Andrews was an All-Star second baseman for the Red Sox who appeared in two World Series during his time in the major leagues, but he will always believe his "second career" fighting cancer in children and adults was far more meaningful.

During his long association with both organizations, Andrews became a living embodiment of the special relationship between the Jimmy Fund and the Red Sox, a bond which began after the Boston Braves — the National League baseball club that fostered the early days of the Dana-Farber charity, starting in 1948 — moved to Milwaukee five years later.

Andrews' connection to the Jimmy Fund began during his rookie season on the Red Sox's 1967 "Impossible Dream" team, which went from ninth place the previous year to a World Series berth. Asked before a game at Fenway Park that summer to meet with a young Dana-Farber patient, he was initially frustrated because the visit was cutting into his warm-up time. But the boy's positive attitude in the face of his serious disease touched Andrews, and taught him a valuable lesson he would never forget.

The Start of an All-Star Partnership

"I asked [Jimmy Fund Chairman] Bill Koster what was going to happen to the boy," Andrews recalled later, "and he said there was nothing they could do — so they were sending him home. That was when I learned that a hitless day at the plate really doesn’t mean that much in the grand scheme of things." 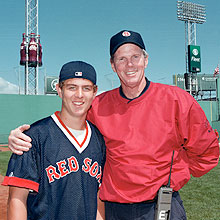 When Carl Yastrzemski suggested later that season that the team give a full share of its 1967 World Series bonus money to the Jimmy Fund in honor of team owners and staunch Dana-Farber supporters Tom and Jean Yawkey, Andrews was all for the gesture. And through the rest of his time with the Red Sox, Andrews never hesitated to make time for Dana-Farber patients.

Still, he never thought the organization would wind up being so meaningful in his life. He initially sought a career in the insurance industry when he retired from baseball, but in 1979 he was contacted by then-Jimmy Fund Chairman and longtime Red Sox radio broadcaster Ken Coleman to take a part-time leadership role with the Jimmy Fund. Andrews accepted.

Stepping up to the Plate at Dana-Farber

The first year Andrews and Coleman worked together, they raised approximately $1 million to help further pediatric and adult cancer care and research at Dana-Farber. Inspired, Andrews left insurance behind and transitioned into a full-time position heading the Jimmy Fund upon Coleman's retirement.

The impact Andrews had as head of the organization was felt immediately. Major Jimmy Fund and Dana-Farber fundraisers including the Boston Marathon® Jimmy Fund Walk, Jimmy Fund Golf tournaments, and the WEEI/NESN Jimmy Fund Radio-Telethon all started with him at the helm, becoming popular annual events enjoyed by thousands of supporters. 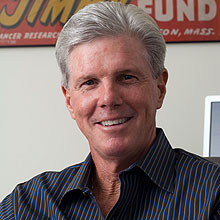 In considering his own legacy, Andrews says he is proud that two out of three people diagnosed with cancer today can expect to be alive in five years, compared to only one of two diagnosed in 1975.

"I'm a lucky guy to have had the chance to play professional baseball for 13 years and to appear in a couple of World Series," says Andrews. "But there is no question that being part of Dana-Farber has been the most rewarding part of my professional life."