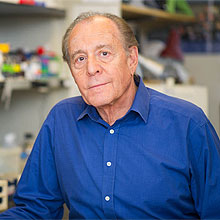 Almost as long as scientists have known of the existence of viruses, they’ve dreamed of using the tiny pathogens as a weapon against cancer. Now, as a result of advances in genetic engineering and insights into the workings of the immune system, science is giving substance to the dream.

A variety of studies over the past few years have demonstrated the ability of specially modified viruses to attack and kill cancer cells – in the laboratory and, very recently, in some patients. Techniques vary from study to study, but the basic approach is to inject the viruses directly into tumors – allowing the virus to infect and kill many of the cancer cells and, equally important, to stimulate the immune system to launch its own assault on the tumor.

One high-profile example of this approach, reported recently on CBS News’ “60 Minutes,” involved researchers at Duke University who treated patients with glioblastoma with a modified polio virus. In a small, early study, 11 of 22 patients showed substantial improvement from the regimen.

Other research attracting journalistic attention is a clinical trial at the Mayo Clinic that uses the measles virus to treat patients with multiple myeloma. Investigators found that after infecting cancer cells, the virus causes them to clump together and disintegrate. The wreckage may trigger an immune system response that can prevent the disease from returning for a long period of time, researchers have suggested.

At Dalhousie University in Halifax, Nova Scotia, scientists have shown that reoviruses – common, benign viruses often found in the respiratory tract – can be engineered to specifically infect melanoma cells. The infection appears to prompt an immune system attack that kills not only the infected cells but also the uninfected cancer cells nearby. In early-stage clinical trials, the treatment has been shown to be effective in some patients with melanoma and, when coupled with chemotherapy, in some patients with head and neck cancers.

“There have been efforts to use viruses in cancer therapy for more than 50 years, but we now have more of a grasp of what’s going on, and why some viruses work better than others,” says Harvey Cantor, MD, chair of Dana-Farber’s Department of Immunology and AIDS. A key component to this understanding, Cantor says, is that the impact of the virus should not only kill the tumor cells, but it should also initiate a T cell immune response that destroys the primary tumor as well as metastases.

Cantor says researchers are also looking at combining this treatment approach with immune-checkpoint inhibitors, which can help “take the brakes off” the immune system and enhance the patient’s anti-tumor response.

“It’s a treatment concept that is very interesting and certainly has a lot of promise,” Cantor says.