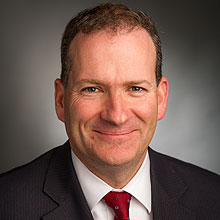 Newly diagnosed patients with metastatic, hormone-sensitive prostate cancer gained a dramatic survival benefit when started on two drugs simultaneously, rather than delaying the second drug until the cancer began to worsen, according to results of a clinical trial led by a Dana-Farber Cancer Institute scientist.

Patients who underwent six cycles of treatment with the chemotherapy drug docetaxel along with a hormone blocker survived for a median of 57.6 months, more than a year longer than the median 44-month survival for men who received only the hormone-blocker, according to a report in The New England Journal of Medicine. The immediate combination also prolonged the period before the cancer began to worsen – a median of 20.2 months versus 11.7 months with the single agent.

The multi-center, phase III trial, involving 790 patients, “is the first to identify a strategy that prolongs survival in men newly diagnosed with metastatic, hormone-sensitive prostate cancer,” said Christopher J. Sweeney, MBBS, of Dana-Farber’s Lank Center for Genitourinary Oncology. He said the results of the multi-center phase III trial should change the way doctors have routinely treated such patients since the 1940s.

Sweeney had reported initial results of the trial in June 2014 at the annual meeting of the American Society of Clinical Oncology (ASCO), and they were so favorable that the new regimen has been adopted by some physicians. Since then, confirmatory data from a trial called STAMPEDE were presented at the 2015 ASCO meeting, and those results, along with the new publication in the NEJM, are the final pieces "required for treatment guidelines to be updated around the globe," Sweeney said.

It has been standard practice for decades to treat this group of prostate cancer patients with hormone blockers, withholding chemotherapy until the hormone blockers become ineffective, which they do, on average, in about three years.

The new trial was designed and conducted by the ECOG-ACRIN Cancer Research Group to test Sweeney’s hypothesis that adding chemotherapy to hormone treatment from the start would impair the tumor cells’ ability to repair damage, delaying the development of resistance.