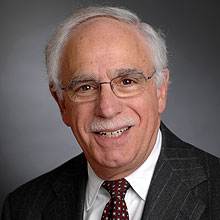 A drug developed 50 years ago and abandoned because it was considered to be too toxic has gained a second life in an international clinical trial. Research led by scientists at Dana-Farber Cancer Institute showed the drug and a potentiating agent lengthened the lives of patients with metastatic colorectal cancer, all of whom had exhausted available standard treatments.

In a paper published online today by the New England Journal of Medicine, investigators at Dana-Farber and research centers around the world found that the drug combination – given as a single pill known as TAS-102 – not only extended patients’ overall survival, but also delayed the advance of the disease and did so with very few side effects.

According to the study authors, the results are especially impressive because half of the patients had just finished treatment with the standard class of chemotherapy agents – fluoropyrimidines (e.g. 5-fluorouracil [5-FU] or capecitabine [Xeloda]) but had failed to benefit from them. The fact that TAS-102 temporarily halted the disease in many of these patients suggests that it operates through a different biochemical pathway than 5-FU, and therefore may serve as an alternative to standard therapy.

“Colorectal cancer is the second most common cause of cancer deaths [after lung cancer] in the United States and is an enormous health problem around the world,” said the study’s lead author, Robert J. Mayer, MD, faculty vice president for academic affairs, medical oncologist and colorectal cancer researcher at Dana-Farber. “To have a well-tolerated, effective new drug in a cancer that is so prevalent is good news for patients.”

The trial, a phase 3 study involving major cancer research institutions in Europe, the United States, Australia and Japan, enrolled 800 patients with metastatic colorectal cancer that was progressing despite previous treatment. Participants were randomly assigned to receive TAS-102 or a placebo pill.

Although these gains may seem small, the fact that they occurred in patients whose cancer no longer responded to other therapies suggests TAS-102 holds real promise as a treatment for the disease, the study authors said.

The cancer cell-killing component of TAS-102, a drug known as trifluridine, was developed in the late 1950s, at about the same period as 5-FU. At the time, 5-FU was thought to work by being incorporated into cancer cells’ DNA and preventing the cells from metabolizing nutrients. Later, it was learned that the drug actually works by blocking an enzyme (thymidylate synthase) that the cells need for survival.

Trifluridine, by contrast, does integrate into cancer cell DNA, but proved to be too toxic to patients when given in doses necessary to kill the cancer cells. About 15 years ago, the Japanese company Taiho Pharmaceutical began testing trifluridine in combination with tipiracil hydrochloride, an agent that blocks the metabolism of trifluridine. The combination allowed trifluridine to exert its beneficial effect without reaching toxic levels, thereby making it a potentially useful form of anticancer therapy.

Initial clinical studies in Japan in patients with colorectal cancer showed promising results, leading to small trials in the U.S. led by investigators at Dana-Farber and other research centers. Those trials showed the drug to be well tolerated in American patients, spurring the launching of the phase 3 trial.

“When we first saw the data from the trial, they were unequivocally positive,” Mayer said. “The benefits of the drug were observed in patients regardless of age, ethnicity, sex, or the molecular make-up of their tumor.”