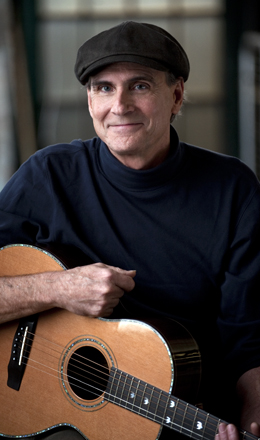 The “Who’s Who” of Palm Beach society will be at the Mar-a-Lago Club on Saturday, February 20 for Dana-Farber Cancer Institute and the Jimmy Fund’s 25th Anniversary Discovery Celebration – one of the season’s premiere social events. More than 400 civic, business and philanthropic leaders, and celebrities will enjoy an exclusive evening featuring gourmet fare, dancing, and an intimate concert with James Taylor.

Tickets are still available for the 25th Anniversary Discovery Celebration and start at $1,250. The proceeds from this special evening will support adult and pediatric cancer care and research at Dana-Farber in Boston.

As a recording and touring artist, James Taylor has touched people with his warm baritone voice and distinctive style of guitar-playing for more than 40 years, while serving as an inspiration for countless young musicians. Over the course of his celebrated songwriting and performing career, Taylor has sold more than 100 million albums, earning gold, platinum and multi-platinum awards for classics ranging from Sweet Baby James in 1970 to October Road in 2002.

In 2015 Taylor released Before This World, is first new studio album in 13 years, which earned him his first ever No. 1 album. He has won multiple Grammy awards and has been inducted into both the Rock and Roll Hall of Fame and the prestigious Songwriters Hall of Fame. Most recently, Taylor was awarded the distinguished Chevalier of the Order of Arts and Letters by the French government and the National Medal of Arts by President Barack Obama in a White House ceremony.