Combined therapy can reduce chance of recurrence in women with small, HER2+ breast tumors, study shows 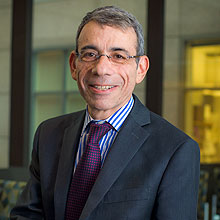 In a phase 2 clinical trial, women with small (stage 1), HER2-positive breast tumors who received a combination of lower-intensity chemotherapy and a targeted drug following surgery were highly unlikely to have the cancer recur within three years of treatment, investigators at Dana-Farber Cancer Institute and other institutions report in a paper published today by the New England Journal of Medicine.

The findings may help establish the therapy – which combines the chemotherapy agent paclitaxel and the targeted drug trastuzumab (Herceptin) – as the first standard treatment approach for this group of patients, the authors state.

Many previous studies excluded women with small (less than 2 cm in diameter) HER2-positive breast tumors that hadn’t spread to nearby lymph nodes from clinical trials of trastuzumab, because it wasn’t considered prudent to expose them to an investigational drug, given the relatively low risk that the disease would recur. Without a single, standard treatment for this group of patients, treatment approaches have varied widely. (Breast cancers are classified as HER2-positive if their cells have surplus human epidermal growth factor receptors on their surface, making them extra-sensitive to signals to grow and divide.) 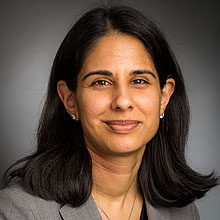 “Women with small, HER-2 positive, node-negative [no sign of spread to adjacent lymph nodes] breast tumors have a low, but still significant, risk of recurrence of their disease,” said the study’s senior author, Eric Winer, MD, director of the Breast Oncology Program at the Susan F. Smith Center for Women’s Cancers at Dana-Farber. “This study demonstrates that a combination of lower-intensity chemotherapy and trastuzumab – which is associated with fewer side effects than traditional chemotherapy regimens – is an appealing standard of care for this group of patients.”

The study enrolled 406 patients with HER2-positive, node-negative breast tumors smaller than 3 cm. They were treated with the drug combination for 12 weeks, followed by nine months of Herceptin alone. (Traditional drug regimens for women with HER2-positive breast cancer involve chemotherapy with adriamycin and cytoxan followed by paclitaxel and trastuzumab.)

Three years after completing therapy, 98.7 percent of the participants were alive and free of invasive breast cancer. The side effects were generally milder than those associated with traditional chemotherapy regimens.

“We’re committed to identifying treatment regimens that are geared not only to the specific biological features of a woman’s cancer, but also to the stage of the cancer – the size of the tumor and how far it has advanced,” said the study’s lead author, Sara Tolaney, MD, MPH, of the Susan F. Smith Center for Women’s Cancers at Dana-Farber “This study is a prime example of the value of that approach.”

Financial support for the research was provided by Genentech and Susan G. Komen for the Cure.